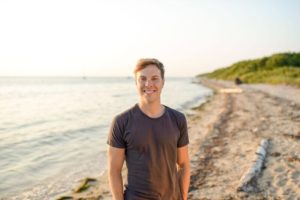 John Glynn is a freelance writer and an editor at Hanover Square Press, an imprint of HarperCollins.  Previously he was an associate editor at Scribner, where he worked on a diverse list of titles ranging from up-market commercial and literary fiction to narrative nonfiction, memoir, science, journalism, pop culture, and true crime.  He received his BA in English from Boston College and an MA in English from New York University. In 2018 he was named a Publishers Weekly Star Watch Honoree. He grew up in Longmeadow, Massachusetts and lives in New York City. Out East is his first book.